THE PAST, PRESENT AND FUTURE OF HORACE – THE SMALL ROBOT ON A BIG ADVENTURE

Hi everyone! I’m Paul Helman, an indie developer who has been spending the past 6 years developing the story-driven, pixel platform adventure game, Horace. I started making Horace way back in 2012 and haven’t looked back since! Which is why I keep failing my driving test.

My journey has been a long and arduous one, as I’m sure is the case for many other indie developers, filled with trials and tribulations but equally filled with a lot of passion for the game. It’s this enthusiasm that has kept me going for the past 6 years, along with Ribena and cheap Ready Meals.

In 2010, I started messing around with Game Maker with the idea of creating a new game completely from scratch. After two years, I had the first version of a story-driven, platform adventure game which later went on to become Horace. I'm an artist first and foremost, so learning code stuff was 'interesting'.  The prototype was fun, but I felt like I was hitting the limits of what Game Maker would let me do. So next I tried Unity. 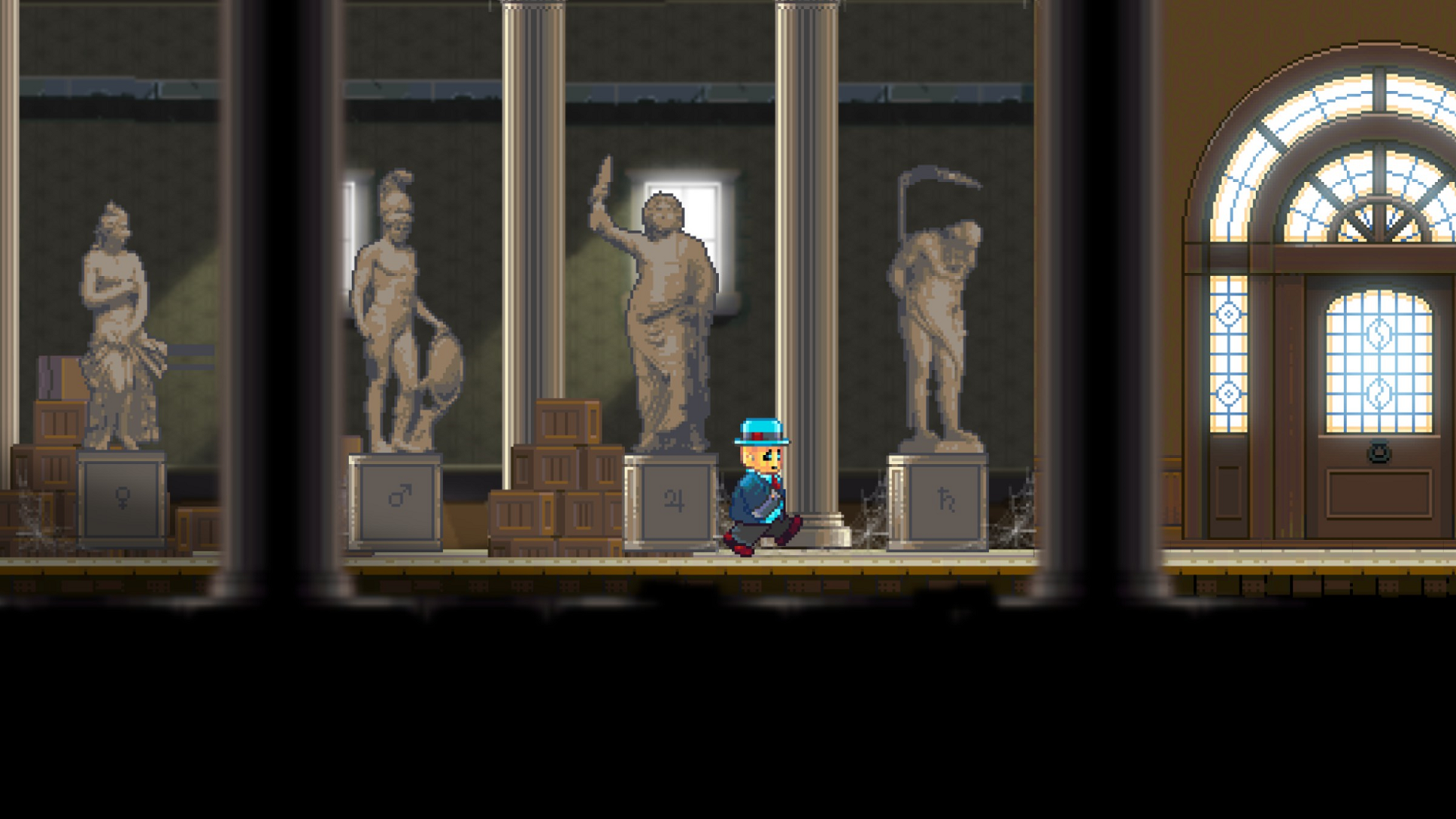 But why did you want to create a story-driven platform, adventure game in the first place, I hear you ask? Well, the two biggest areas I drew inspiration from were the film ‘Being There’ and the game ‘Jet Set Willy’. I essentially wanted to make something quite ponderous and moving but with game play in the style of classic platformers, more Mario in controls but with the huge sprawling scope of Jet Set Willy.  I'm also a fan of the Mother series of games so wanted Horace to have the feel of an adventure game as much as an action game, with branching paths like Final Fantasy but with a strangely down to earth setting. The game may have evolved over time but these pinnacles still hold true to the game, even now.

Six years down the line from when I first started working on the project and I am now polishing the final features for the game in preparation for a full launch next year. A ton of stuff has been added to the game, all of which I won’t speak about now but there is a deep storyline to explore, challenging platform puzzles to overcome using a mixture of unlockable abilities and retro inspired boss battles which can be enjoyed by retro and modern gamers alike. Whilst I tend to be pixelling most days, I have been recently adding some new GFX to one of the cave environments which look incredible and a shed load of robot animations which I have already shown off! Keep up to date with my sneak peeks and game dev updates by following me on Twitter. 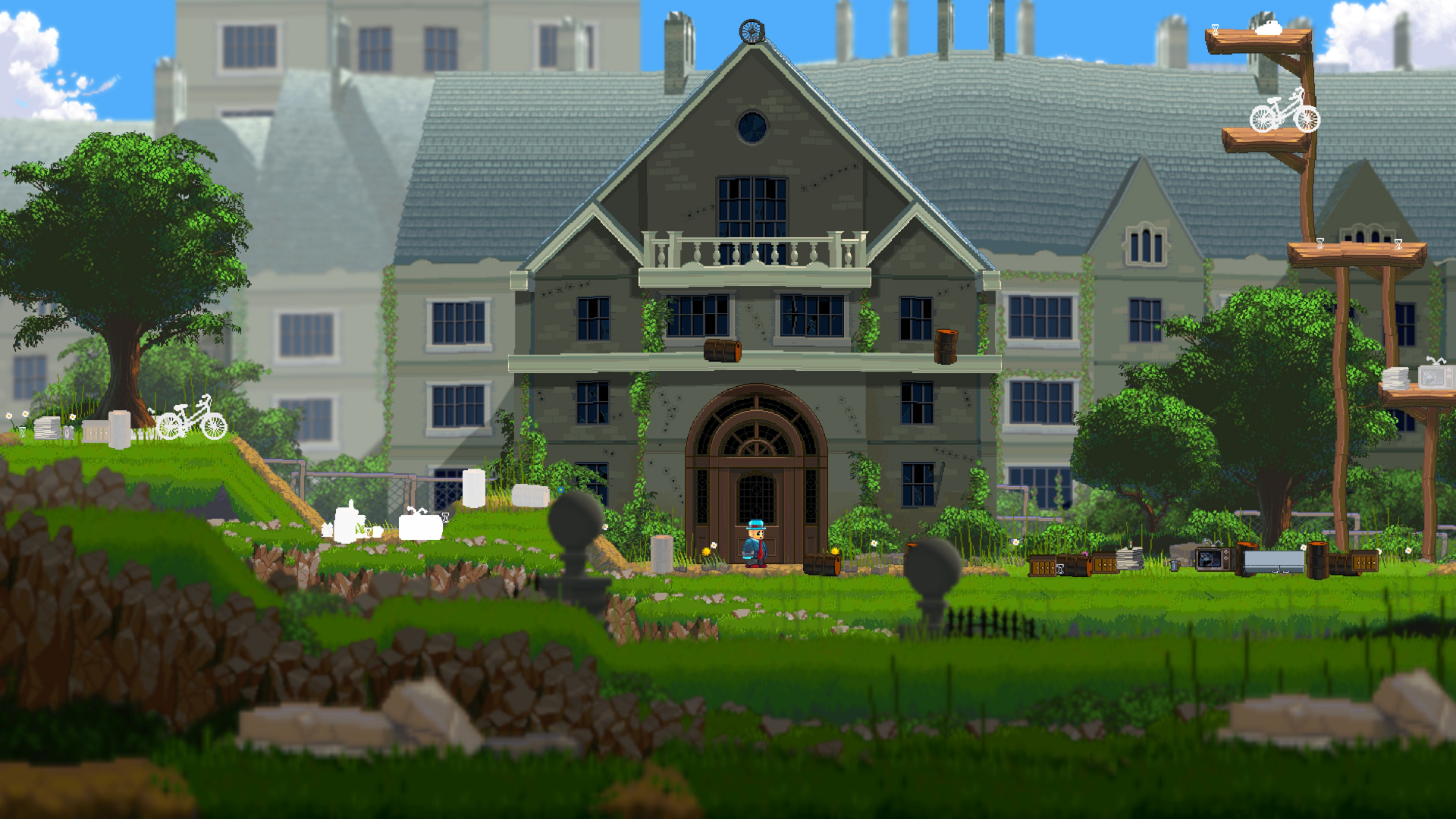 I’m sure you can’t wait to try the game now you know it’s background and you’re in luck! I launched a free demo for Horace on Itch almost 2 months ago and would love for you to try it out and give your feedback. A big thank you to everyone who has tried the game so far, it means a lot and makes the 6 year journey so worthwhile. If you enjoy the Horace demo then please be sure to share the game with friends and family as word of mouth support is a huge help to us smaller indie developers. And if you really loved the game, don't forget to leave a 5 star rating so new players can see how good the game is!

Thanks for your support and can’t wait to share more in the future.

A world with big problems needs a robot with a big heart.

Just got done playing the first part of your game. I must say, I a really like the story and driven narrative. I was wondering as I played, close to my heart is the movie Bicentennial Man with Robin Williams. I loved that movie as a little kid, and this story makes me feel as if this mite be in the same Universe as that one. I don't know why, but I first thought of that when playing this. I have the first part of my letsplay done, I will be uploading one edited version with highlights on my main channel GamingWithBlis https://www.youtube.com/channel/UCwT71YYTxd0JhVRViJv016Q?view_as=subscriber and will have the unedited version on LetsPlayBlis  https://www.youtube.com/channel/UCaMTA6-4LYKLi_dFL8VZnew. In the future when you release the game, I will be starting my third and final channel for reviews. I would love to review this game, as it reminds me of that special movie Bicentennial Man. R>I>P Robin Williams

First of all thank you, I really appreciate you playing the demo, leaving your feedback and creating content for others to enjoy!

I'm really happy the story has connected with you so strongly. There will be plenty more story to uncover when I release the final game and I look forward to hearing your thoughts on the full  experience when its ready. I will send round updates here on Itch and on my Twitter channel so I'm sure you won't miss it.

I'll keep an eye out for the videos you will be posting and happy to share on Twitter too.